Holy Shitballs, why am I still peeling?!?!

It has been two weeks since I returned from my honeymoon in St. Lucia. TWO WEEKS!! Why, for the love of God, am I still shedding layers of skin more than a snake?! I mean, layers of dead, shedding skin has taken over my life. I can’t go more than….

Sorry. I just had to pick another piece of dead skin from my arm. It was just dangling there and kept fluttering helplessly every time air from my nose breathing hit it. What was I saying? Oh yeah… I can’t go more than five minutes without peeling another layer off.

I have gotten sunburn before. I am pretty pale so redness just comes naturally for me. I have to work twice as hard as all those lucky bitches who can sit outside for an hour and go from Emma Stone to Selena Gomez. What is your secret??? 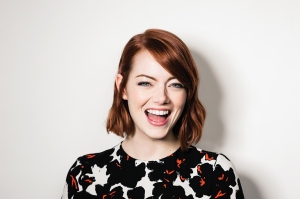 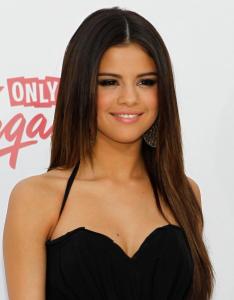 Nope. I am very pale by nature. I am able to tan, it just takes me longer. I usually have to start fake n’ baking in like February to acquire a nice summer glow by mid-June, so I am well prepared for a first summer sunburn. I know it’s going to happen and I embrace it. It’s like a badge of honor.

WTF St. Lucian Sun?! I know the sun is stronger there… I was responsible and used SPF 50 and lathered it on EVERY 30 Minutes. I even hid under an umbrella for short periods of time. But none of that mattered. Lies. All lies. Anyone who tells you sunblock works on a tropical island is a dick.

Sidenote: You should still pack sunblock regardless. Because if you don’t, you will get there and become crispy and feel like your life depends on a bottle of sunblock and some Aloe Vera. You will then go to the shop at the resort and place a 5 Ounce bottle of SPF 50 and a 3 Ounce bottle of Aloe Vera on the counter and proceed to shit bricks when they tell you, “That will be $52.00 please.” They will say this with a huge smile and look at you like the dumb American that you are. They know it won’t do shit for your skin but they are laughing all the way to the bank. True Story (as told by an amazing couple we met while honeymooning).

So yeah, I got incredibly burnt and came back with some really red, puffy skin. The first shower I took when I got home broke the skin. It hurt like a bitch. The thing is, I was burnt in places I had never been burnt before. My thighs and my knees were burning like the Great Chicago Fire of 1871. And my arms!! Not my shoulders… My arms, as in my forearms. They both looked like I had let someone repeatedly slap the shit out of them until they turned into slabs of raw meat. The first few days I dreaded taking a shower, knowing it was going to hurt like hell and rip more of my skin off. I just had to keep reminding myself that it could always be worse: I could have been hit with a live burning firework. Which I have before. But that’s for another blog post.

The peeling wouldn’t be so bad if it was in a discreet location and stayed there. My shoulders I can easily cover up with a shirt. My knees (yes, even my knees were peeling) can be covered by my work pants or with a pair of fantabulous Old Navy Chinos. But my forearms?? It’s the middle of June and it’s a steady 80 degrees outside. And don’t even get me started on the humidity. I can’t walk around with a long sleeve shirt so my arms are just bare. Bare and peeling.

At home, I have just been walking around peeling layer after layer off and my husband just looks at me like I am the most disgusting creature that has ever lived. Mind you, he spent a whole week doing the same thing and just throwing it on our floor. At least I was courteous enough to toss my dead skin on my dogs blanket and shake it out when I was done.

The hardest obstacle is work. I have never been self-conscious about my forearms. They are quite lovely actually. But with flaky dead skin just chillin’ on my arms when I am talking to an attorney… Let’s just say I try to keep my arms under my desk until they walk away. I had to deliver some paperwork to a group of them and instead of just taking one and passing it, they wanted me to hand it out. So here I am, leaning over people and reaching across others and my dead skin is just floating in the wind under people’s faces. I swear a piece flew off and fluttered into a cup of coffee… I’m sure it dissolved though…

The metro and the train are the worst. The metro is one big cluster fuck and people cram into the cars like sardines. You kind of have to reach for any available pole or wall so you don’t end up landing in the little old Chinese lady’s lap who is crocheting with super large needle objects. So for the past two weeks, I have had my dead, scaly arms hovering in people’s faces. Their silent judgments have kept me up at night. And my two hour train ride home?? Well, let’s just say that my skin is at its driest on the train… There is literally no moisture left so I begin to shed uncontrollably. This causes me to just start peeling obsessively and flicking my dead skin into the air because what the hell else am I supposed to do with it. So when it’s my stop and I stand up, it looks as though someone was literally skinned alive. There is just so much dead skin. So gross.

The itching… OMG. Why does the Universe hate me?

The peeling… I mean, it’s impossible to avoid but it is literally the grossest process ever. Cue gag reflex.

The shame that I feel when I toss my dead flaky skin into the air is something that will stay with me forever.

The embarrassment I feel when someone is clearly staring at my arms like I have leprosy or something.

It is just a cruel process. When will it be over??

Are you still reading? Hhhmmmm. Kudos. That was pretty graphic and disgusting. #FirstWorldProblems

View all posts by Rebecca